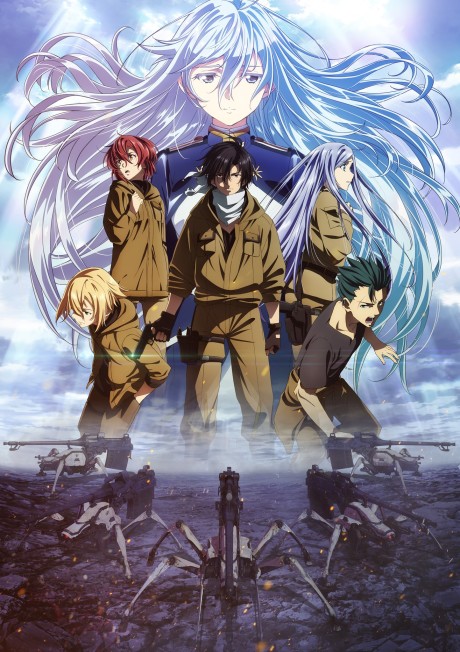 Plot Summary: The Republic of San Magnolia. For a long time, this country has been besieged by its neighbor, the Giadian Empire, which created a series of unmanned drones called the Legion. After years of painstaking research, the Republic finally developed autonomous drones of their own, turning the one-sided struggle into a war without casualties—or at least, that's what the government claims. In truth, there is no such thing as a bloodless war. Beyond the fortified walls protecting the eighty-five Republic territories lies the "nonexistent" Eighty-Sixth Sector. The young men and women of this forsaken land are branded the Eighty-Six and, stripped of their humanity, pilot the "unmanned" weapons into battle... Shinn directs the actions of a detachment of young Eighty-Sixers while on the battlefield. Lena is a "handler" who commands the detachment from the remote rear with the help of special communication. The farewell story of the severe and sad struggle of these two begins!