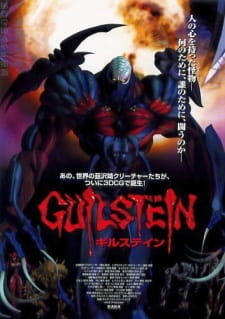 Plot Summary: The theatrical anime film is a full digital (3-D) action/horror film based on a manga by Tamaki Hisao, best known to Western fans for his manga adaptation of Star Wars: A New Hope. Characters were designed by Yasushi Nirasawa, a well acclaimed maker of creature action figures. Monkey Punch (Lupin III creator) served as the film's script superviser. Set in the year 2088, it depicts a dark future in which humans have been transformed into the "Guilstein," creatures with no human souls in them...